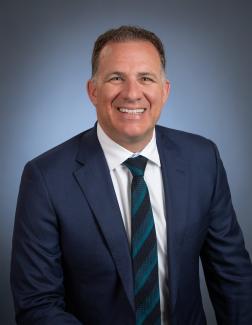 He joined Red Deer Polytechnic after a successful five-year term as President of Olds College where he achieved a bold vision and led unprecedented success on a national scale.  His accomplishments included a significant increase in both domestic and international enrolment, more than $23 Million in applied research funding, and the development of key action plans including the College’s first Indigenous Relationship Building Strategy and Action Plan.  He was instrumental in establishing the Olds College Smart Farm, a leading innovation hub for innovation, training and applied research that has attracted over 100 partners globally and over $40 Million in investment.  Prior to Olds College, he served in executive positions at Lethbridge College, Northlands, NAIT, AVAC, and Westlink Innovation Network.  Early in his career, Mr. Cullum taught in the secondary system in central Alberta.

Mr. Cullum currently serves as Chair of the Post-Secondary International Network (PIN) and Campus Alberta Central, a joint partnership between Olds College and Red Deer Polytechnic. He has held numerous professional appointments across Canada that include a current Board appointment to the Canadian Agri-Food Automation and Intelligence Network (CAAIN) and advisory roles within Colleges and Institutes Canada (CICan) and THRIVE Canada Accelerator.

Get to Know Us